Its design, the work of architect Charles Mewes (who was also commissioned to design the Ritz hotels in Madrid and Paris), location alongside the River Urumea and views of the sea, made this hotel an instant success with aristocrats in the Belle Epoque period. 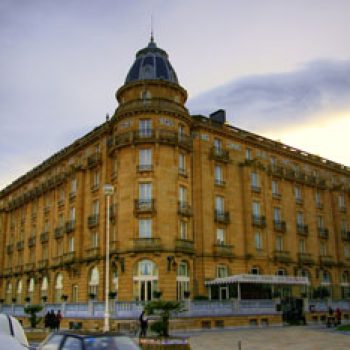 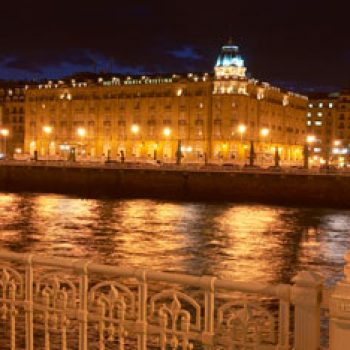 The building was originally “L” shaped. In the 50s, an extra wing was added to give it the “U” shape we know today.

After the Civil War and post-war periods, the Hotel recovered its splendour with creation of the San Sebastián International Film Festival. Since then, the film stars who visit the event have stayed here every year.

In fact, being so close to the Victoria Eugenia Theatre means that the stars can make their way there by a red carpet, a distinctive feature of the Festival recognised worldwide.

In 2012 the hotel interior was completely refurbished, maintaining its iconic facade. 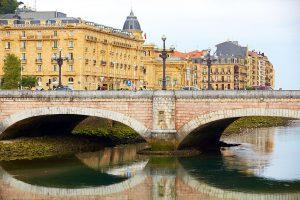