The Pro Zarautz is presented with a lot of news

The seaside village will recombine culture, sport and tradition from the 8th to the 12th of May.

Zarautz is already ready to welcome the best surfers on the European scene at the Cabreiroá Pro Zarautz Basque Country presented by Oakley. The Qualifying Series Circuit of the World Surf League (WSL) is preparing to set a course for the seaside resort. One of the novelties is that the championship will change dates this year, moving to the week from 8 to 12 May, not coincide with another QS held in Japan. Once again Zarautz will become the showcase for the best show in the World Surf League. In Addition, the municipality will recombine culture, sport and tradition, with parallel events during the championship, such as a craft market, concerts and more surprises.

The great novelty will be its new location, as it is growing and gathering strength and will expand from Arguiñano to Beraza. On the other hand, following the tradition of the last years, the cultural part of the FederArte Pro Festibala will be the complement of the championship. This year, in addition, they will give a big turn with parallel activities that will take place during the championship and, finished the sleeves, towards the 19.00 hours of each afternoon, where the music will be the great protagonist. On the other hand, during this edition there will also be a skate park.

Finally, the organization called for action with responsibility and respect for the Arenal: “Our commitment to the environment asks us all to be responsible and respect the sustainability of the beaches.” 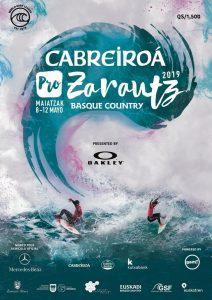